The Extension to Furlough and Job Support Scheme 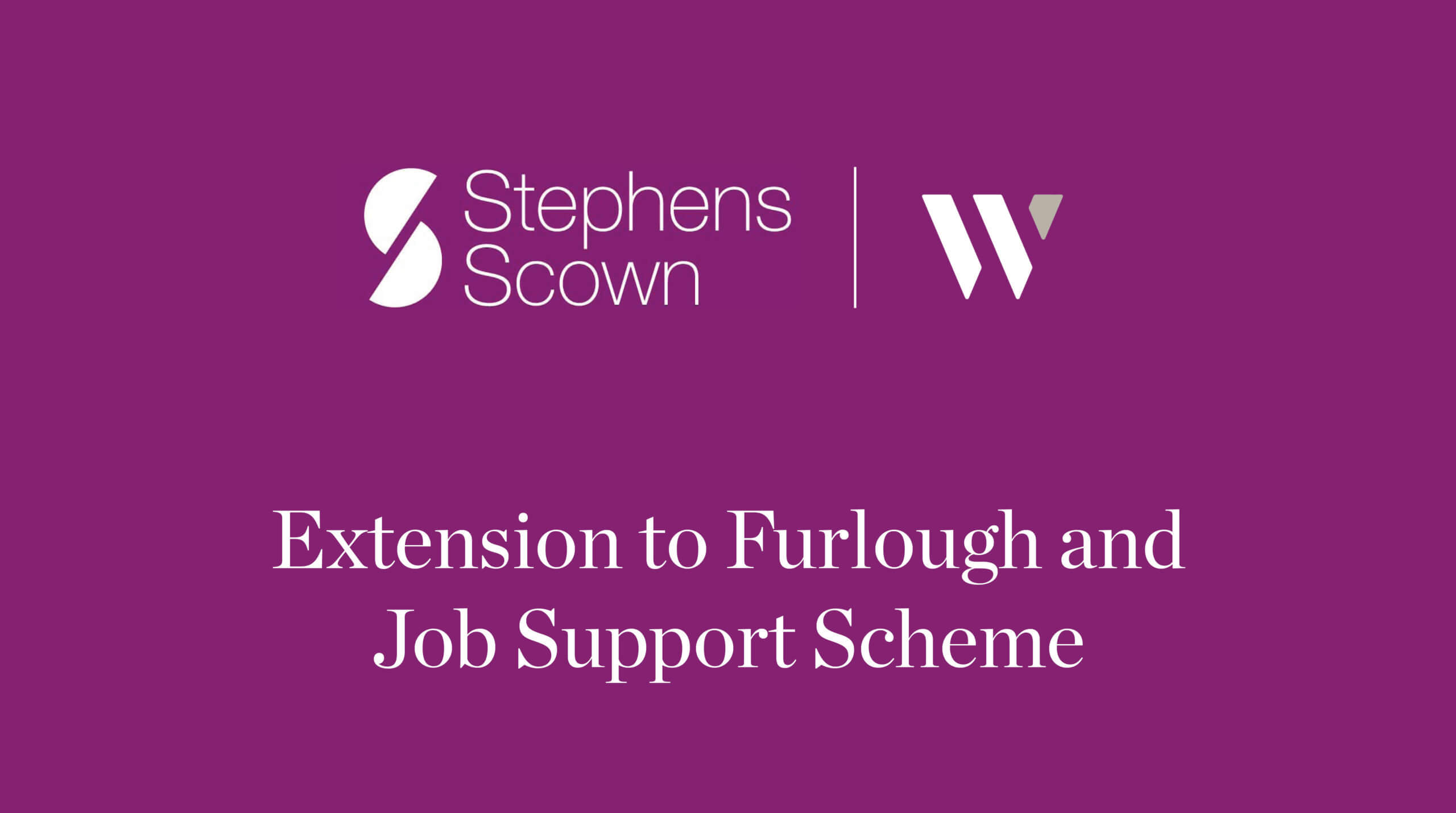 As a lawyer specialising in HR and employment issues, I’m used to the law changing fairly often and employers having to make an effort to keep up with the key points.

Since March this has however been off the scale! Saturday’s announcement around the national lockdown, continuation of the Coronavirus Job Retention Scheme (CJRS) and delay of the Job Support Scheme (JSS) has left many businesses owners and HR managers working this week in a frenzy to understand what it means.

Those who were very well prepared had already written to staff unable to work full hours to get their consent to move them on to the JSS. Others had already made redundancies anticipating the end of the furlough period under the CJRS, having decided that the terms of the JSS were not sufficiently favourable to continue employment.

Some (particularly in our local tourism and leisure sector) were getting ready for a busy November with bumper bookings and are now cancelling bookings and again sending staff home with no work. More details about the extended CJRS has come out today.

So to help cut through some of the confusion, here is what we know so far (2pm Thursday 5 November 2020):

How will the extended furlough scheme work for the second lockdown?

The extended CJRS will operate much the same as it has since flexibility was introduced to the scheme in July 2020.

For November, December and January, the Government will revert to paying 80% of an employee’s usual salary for hours not worked, up to a limit of £2,500 per month. Since September, the Government contribution has been falling each month but for this period, the scheme is going back to its original contribution level of 80%.

However, as has been the case since August, employers will still need to cover employer National Insurance and work pension contributions. The CJRS is said to be continuing for February and March but the rates of employer contribution have not yet been set and will be announced in January. Otherwise:

Employers can still top up the employee’s wages above the scheme at their own expense, if they wish to. There remains no obligation to do so

Full-time and flexible furloughing will be continue to be allowed under the extended scheme. The above sums are paid for usual hours not worked, with any hours worked being paid at the employee’s normal rate.

Claims will need to be made for minimum periods of seven consecutive calendar days (but that does not mean their patterns of work have to be at least 7 days long, they can last any amount of time).

Will have a different pay/hours reference period to those who have previously been furloughed (who have their reference pay/hours based on the existing furlough calculations – see our previous articles here and here).

Full guidance will be published on 10 November, but broadly the pay is based on 80% of the wages payable in the last pay period ending on or before 30 October 2020 (for those on fixed wages), or 80% of the average payable between the start date of their employment or 6 April 2020 (whichever is later) and the day before their CJRS extension furlough periods begins (for those on variable wages).

Employees can be furloughed if they are shielding in line with public health guidance (or need to stay at home with someone who is shielding).

Employees can also be furloughed where they are unable to work because they have caring responsibilities resulting from coronavirus, including those that have to look after children. That does not, of course, mean they have to be furloughed.

Employees that were employed and on the payroll on 23 September 2020 who were made redundant or stopped working for their employer after that date can be re-employed and claimed for.

We do not anticipate any requirement that an employer re-hires employees to use the scheme and careful consideration should be given to doing so.

What can they do during their furloughed hours?

Staff cannot do any work for their employer, but can do training, volunteer for another organisation or work for another employer (if contractually allowed).

Whilst the intention is for the extended scheme to operate in the same way as before, with businesses being paid upfront to cover wage costs, there will be a short period in which the legal terms and systems are updated. During this time, any costs claimed will be paid in arrears.

There will be no gap in eligibility for support between the previous end-date and the extension of the scheme.

Employers will still need to get their employee’s consent to be furloughed and to the pattern of any flexible furlough proposed. Employers must have confirmed to their employee (or reached collective agreement with a trade union) in writing that they have been furloughed or flexibly furloughed.

Further details on the current position with the CJRS can be found on the government guidance here. If you would like to read our previous guidance on the CJRS, you can find that here. Alternatively, you can also check the Gov.uk website, which is being regularly updated.

Has this impacted on the £1k Job Retention Bonus?

Yes, the Government announced today that this will now not be paid in February 2021 as planned, but that another retention inventive will be deployed at the appropriate time.

So what about the JSS – will that come in next?

The JSS was postponed with the intention of being brought in immediately after the CJRS. Given the extension to the CJRS today, this may be an indefinite postponement. It’s also worth being aware that there were 2 versions of JSS – Open and Closed.

The Closed version was due to apply to businesses forced to close by the Government – which has now been superseded by the National Lockdown.

You can read about that here. If the National Lockdown lifts and a tiered approach comes back in it may also be re-introduced, although this seemed less likely to reach Cornwall, given current infection rates.

Details of the JSS Open can be found here. This was a less generous scheme that also had an eligibility requirement for those businesses with more than 250 employees – in that they needed to show their turnover had been impacted.

There was also a provision that prevented employees from being made redundant or put on notice of redundancy during a period when their employer is making a claim for them under the JSS.  This scheme had not been met with much enthusiasm in the business community and we will need to see if it does ever get reinstated.

Pitfalls for the unwary?

This is all very complex to get your head around at the same time as running an ever-changing business. It’s easy to get wrong. The most common mistakes we are coming across arising from the CJRS (which would apply equally to the JSS) are:

– Failure to keep adequate records of what time worked and when;

– Failure to get consent from the employee or put something in writing confirming when they are on furlough or flexi-furlough or otherwise. Careful communications need to be drafted and issued to employees to clarify their current status;

– Discrimination issues around who has been chosen to go on furlough, flexi-furlough or been made redundant. This is particularly the case around those who have been unwell during this period or reluctant to return due to protecting vulnerable family members; and

– Failure to follow the correct process if making someone redundant. For further information in relation to fairness and redundancy processes see here.

We continue to advise many organisations on the various employment and HR considerations being faced at this time. Please do get in touch if you would like any support or assistance.