The Money Game: How to be the Master of your Investments

Jason Mountjoy, Founding Partner of wealth management firm Clarity, discusses the key principles and practices of successful investments. This rather thought-provoking look at our attitude toward money may give you a much clearer idea of how to make investments more cleverly. 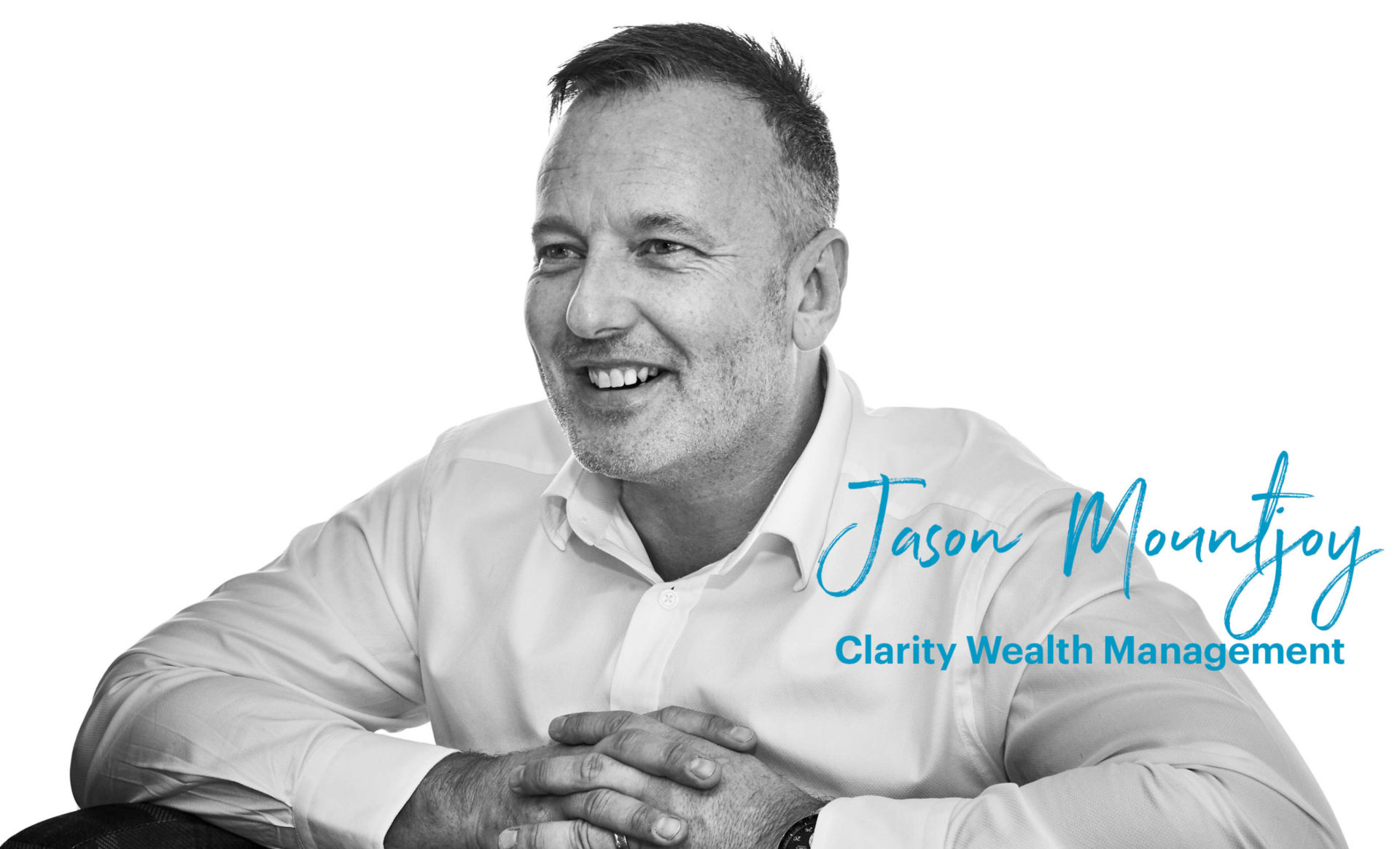 In recent weeks the financial press was gripped by the story of a group of rebellious internet-based stock market traders taking on the giants of the hedge fund industry at their own game. A few hedge funds had taken significant bets on the demise (and share price decline) of a company called GameStop – an American video game retailer.

The hedge funds were planning to profit by borrowing the shares, selling them and then repurchasing at a later date for a profit. This practice is referred to as “short selling”.

Members of the “Wallstreetbets” internet message board uncovered the fact that the hedge funds had taken this practice to the extreme (overconfidence?). They decided to orchestrate an increase in the company share price by buying up the stock and refusing to sell to the hedge funds. The hedge funds then became desperate to repurchase the stock in order to limit their billion-dollar losses that were brewing. A classic David vs Goliath battle.

While it made for exciting viewing, the game came to an inevitable conclusion: a sharp decline in the share price, accusations of regulatory interference and losses for many uninformed investors looking for a quick return.

Since then, the further emergence of Bitcoin “the latest craze” has continued with everywhere you turn online, the so-called “influencers” showing how this can create wealth fast.

When anyone asks me about Bitcoin, it’s a simple response “as it’s completely unregulated, incredibly volatile and new, it is a complete NO from me”

How to be the Master of your Investments

There are two lessons that stand out for the mature, long term investor.

​1. Understand The Game You Are Playing

While all investors are playing on the same “field”, not all are playing the same game. Short term traders are concerned about what someone else will pay for an asset in a few hours or days, while long term buy-and-hold investors are more interested in a company’s profitability over a few decades.

Being influenced by someone playing a different game is a sure way to ruin. The financial literate is content to play their own game, maintaining the discipline required to be a successful long-term investor.

Failed investors often innocently take queues from other investors who are playing a different game than they are.

One of the wonders of the GameStop saga is that most players knew how the game would end, but still chose to play. Like a game of musical chairs, the players were happy to chance their luck at grabbing a seat when the music stopped.

​2. Know When You Are Speculating

The second lesson is a reminder of how greed (or FOMO – fear of missing out) is an indelible feature of human nature. It can cause otherwise sensible people to abandon all rationality, lured by the promise of a quick return.

​Speculation, while an exciting game, is not one in which you have a competitive advantage. On the other hand, patience and discipline is a game short of good players and one in which even the average investor (often referred to despairingly as “dumb money”) can excel.

We are all tempted to speculate, but keep in mind your handicap.

​Keep Your Eye on The Prize

GameStop and Bitcoin are just examples of a scheme that was “working now”. Similar opportunities will come and go until the end of time. As financial planners, we’re more interested in “what’s always worked”.

The best antidote to the temptations of speculation and being drawn into a foreign game is to remember your goals and your time frame.

You’re playing a different but wiser game. One that ends in an independent and dignified retirement and hopefully a meaningful legacy to those you love.

So why do people get attracted to these schemes?

The short answer is “we as humans aren’t always programmed to think logically” and this all stems back from schooling all those years ago.

The schooling curriculum is a particularly hot topic for me, as I’ve been working for the last few years on a crusade for schools to teach the children about money which appears sadly lacking for most.

It’s great to know about Dinosaurs, Roman soldiers and the Egyptians but I’ve never met any one of them, yet I speak with people every day who don’t understand money.

This crusade started in London where I spoke at a number of events to senior business owners and quickly realised, they all missed this key ingredient.

This developed into an educational piece that I’ve shared with a number of schools which is aimed at ensuring students understand money, starting with “how we behave around money “ and how we are all programmed to make completely irrational decisions around money.

A classic few examples of how our brains don’t work

Absolutely not, there is no such law, it could go on indefinitely being heads… yet somehow, we all have it inbuilt to think differently – why ???

Most will buy the lamp at the store for convenience as it’s only £5 difference and your passing, right?

But it’s the same 5% savings that had been overlooked on the lamp – so why?

Our brain sees the £5 v £500 not the 5%… Sadly, our brains aren’t geared to think rationally about the concept of money.

There is no better example than keeping large sums in bank accounts, as in our heads it’s saying that this money is safe, isn’t it ??

Well yes, but your purchasing power is reducing all the time as the “Inflation Monster” is eating the true value away, but in our minds, that money that’s “collecting dust” is a wise move as “cash is king”. The reality is keeping large sums in the bank is guaranteed to lose your money…

So, with all this confusion and noise how do you build wealth successfully?

Good investing, like many things in life, is counter-intuitive and counter-cultural. One of the core tenants of our approach is that true lifetime investment success is goal-focused and planning driven. This is good news because it removes the burden of correctly guessing future interest rates, inflation, sector returns, and the many other variables that thousands of analysts spend their days obsessing over.

In a culture that will always be market-focused and performance-driven, this approach sees investors acting on a financial plan, rather than reacting to investment markets.

This approach is built on an evidence-based foundation of three inner principles and three investment practices. Master these, and lifetime investment success is available to you.

Faith in the future

While it’s more comfortable and trendier to be pessimistic, we believe that optimism is the only realism. Based on history, we confidently believe in the ability of a capitalistic society to prosper on the back of our collective ingenuity. The asset class that best captures this ingenuity are equities (the global stock market, the great companies we all use every day).

Contrary to the financially illiterate, the mature investor refuses to react inappropriately to disappointing events. Instead, he/she continually acts on a plan.

Similar to the principle of patience, discipline sees the investors continuing to do the right things, even if the fruit of these decisions can’t be seen in the short term.

The Three Practices for your Investments

Once these principles have been mastered, the financial literate follows the following three investment practices:

The one decision that has the biggest impact on the investor’s lifetime return is the mix of asset classes they invest in. While equities have outperformed for as long as we have accurate records, at a minimum the investor requires an asset mix likely to provide his/her required investment return in the long run.

Once the mix of asset classes has been decided, the investor requires a sufficient mix of holdings within each asset class in order to reduce the negative impact of anyone holding providing poor returns. Think of diversification as a group of 30 colouring pencils, grouped together they’re almost impossible to snap, hold one on its own, and a small amount of pressure snaps it clean in half.

Over any short periods, certain assets will outperform others. In order to keep the asset mix at its optimal level, a planned rebalancing of assets brings the portfolio closer to its aimed asset allocation. This will ensure that higher-priced and over-valued assets are sold to purchase lower-priced and under-valued assets. Effectively, buying low and selling high, the opposite of what most people do (which is buying high and selling low).

If followed by a financial literate, and guided by a behavioural financial adviser, the success of your investments is all but guaranteed. While simple, it’s not easy.

Guiding you through this is why we exist.